This is the first in a series of posts on my trip with the family to Japan in the Spring of 2019. We spent 10 days in March staying with mother-in-law near Fujisawa. The first pictures are from the travel from Chicago.

The flight is delayed for boarding almost an hour and it takes 12:30 hours to get to Narita Airport: 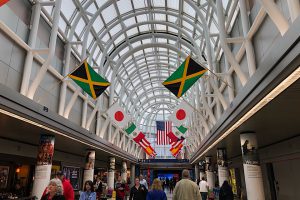 Hallway to the gates in O’hare’s terminal 3 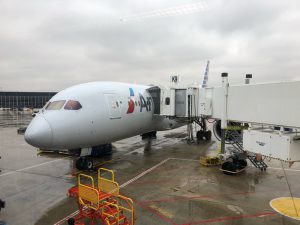 At the gate in O’Hare Airport

Once we get to Narita, we pick-up a rented WiFi Hotspot with unlimited data from a service that delivers the device to the airport. This thing can get up to 675mbps speeds.

We then have to travel another 2:30 hours (125km) by train and bus to reach the place where we will stay. 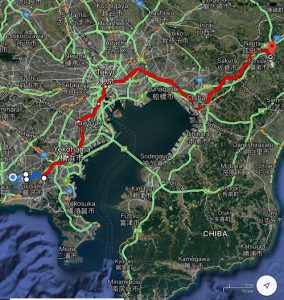 Route from Narita to Yoda by public transport.

Normally we take a bus, but because of the delay we take the Narita Express for the first leg to Shinjuku and then switch to a local line to get to a station near the apartment and then a final bus ride.